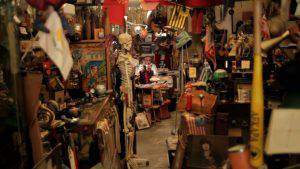 For the last Wednesday of the exhibit Love, Museums, Inspiration at the Bagatti Valsecchi Museum, the opening hours are extended until 11 P.M.; the cost of the regular entry ticket is reduced to 6 Euros. At 9 P.M., the documentary Istanbul Collecting will be shown. Realized between 2009 and 2012 by Johanna Sunder-Plassmann, it recounts the months prior to the opening of the Museum of Innocence in Istanbul.

Istanbul Collecting follows the meticulous artistic process of the setting up of the museum, and also shows the imaginative work that the Nobel Prize Winner Orhan Pamuk and his team carried out. At the same time, it presents the team’s search for the numerous objects described in the novel, a line of research that wound through the most hidden apartments and stores of Istanbul’s collectors, each one with a story to tell. The documentary in German and Turkish with English subtitles was presented for the first time in Montreal in March 2014.

9 PM showing of Istanbul Collection
During the entire day, the regular entry fee will be reduced to 6 Euros, and includes the documentary