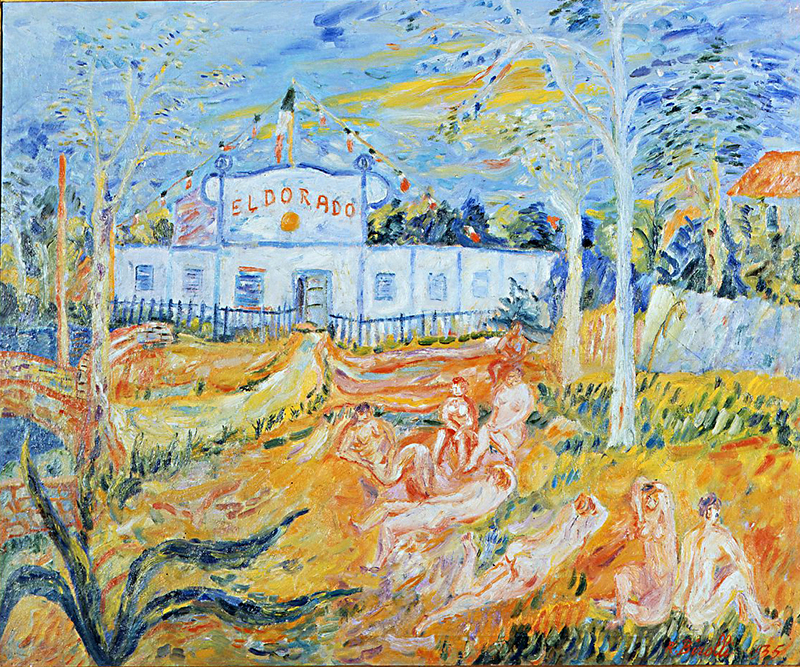 This artwork depicts a bathing resort located in the outskirt of Milan, on the banks of the Lambro river, where ordinary people could find a few moments of happiness for little money. With its ambitious name, this location becomes a place of the mind, a utopian golden age, in which people could combine the pleasures of the soul with those of the body. Painted in 1935, the work shows a rich and vaguely exotic natural landscape, where a group of naked men and women indulge in idleness.   The work clearly hints at Giorgione’s The Tempest and Manet’s Luncheon on the Grass, as well as at Van Gogh and Matisse’s art. The painting, which played an important role in the framework of Italian artistic renewal, witnesses the anti-20th century spirit which had been spreading in the eve of World War II.